Ahead of the launch of 'Avoidable Contact', we caught up with the author Tammy Kaehler who brings murder mystery and racing together through her character Kate Reilly. Details of how to win a signed copy of 'Dead Man's Switch' are at the end of the interview. 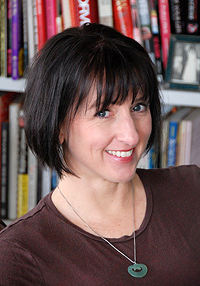 What was your background with racing prior to you starting off the Kate Reilly series?

I didn’t know anything at all about racing! In 2004, I was working part-time for a mortgage company that started sponsoring a racing team and a racing series. They needed an extra set of hands to go to the races and entertain their guests, and I volunteered, because I’ve always enjoyed learning about something new. What I never expected was how fascinated I’d be by the competitive, complex, and extremely friendly world I discovered. That fascination was why I started writing about Kate Reilly, to introduce the racing world to those who don’t know about it.

How difficult was it to keep the balance of keeping it correct with the technical racing terminology without losing the reader with language?

It was the hardest in the first book, Dead Man’s Switch, and in fact, my editor had me cut some huge chunks of description. My second and third books contain less technical detail, in part because I’ve learned I don’t need to dump so much on the reader, but also because I covered some of it in the first book. So while I feel I’ve gotten better at finding the balance, I also think the level of detail in the first book was necessary to get a bunch of the information out there—to define Kate’s world.

But I’d say it’s still a struggle in every book, because I often learn some very cool fact or tidbit and am just desperate to include it! But I have to make sure technical detail is there because it’s in the service of the story, not just because it’s something I find fascinating.

You have chosen to base the events in the book at real race tracks, such as Lime Rock Park in the first book, was this to aid the reader to visualise the location more than a created race track?

No, but that’s another good reason! I grounded Kate’s fictional world in real cars, technology, and tracks for two reasons: I wanted to teach non–race fans about the real world of racing, and I wanted to celebrate the wonder and drama of real sights and sounds with my fellow race fans. I’ve always planned to set each book in this series at a different incredible and epic track or race around the world. Honestly, the idea of a fictional track never occurred to me—and I don’t think I could face the challenge of trying to make up my own track!

Was Kate Reilly or the other major characters based on any racer driver you knew, characteristics based on a few or a created solely by yourself?

When my husband read the first book, he said, “Oh, Kate is a combination of you and Pattie.” (Pattie is a friend and former racer who now works as an instructor and safety car driver.) Now, Kate is younger than both of us, she’s reached higher racing levels than Pattie (or I) ever did, and she finds dead bodies all the time—so she’s not a whole lot like me or Pattie in truth! But certainly there’s a lot of my voice and personality in Kate.

But it’s also true there’s a lot of my personality and voice in all of the characters I create. I think that’s inescapable. What I try to do is take a single characteristic from a real person—someone I’ve met at the track, someone I meet or know elsewhere—and use that characteristic, or its inverse, as the basis for a fictional character. Take Jack Sandham, for instance, Kate’s team owner. The team owner I worked with was very short, so I made Jack very tall, and let my imagination run wild from there. 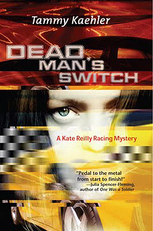 How early did you have the murder storyline / plot planned out in comparison to the racing where you have a definitive end point?

I feel like I usually know much more about the racing than the murder plot when I start a book—but the level of detail actually may be quite comparable. The foundation of each book, and the first two decisions I make, are the race the book will be set at and the general timeline of the action. That means knowing, in relation to the race I’m writing about, when the dead body is initially found (the inciting incident that always happens near the start of the book) and when Kate solves the crime (the climax at the end of the book).

By the time I start writing, I know a bit more about both plots (murder and racing), though not a lot of the details of how to get from start to finish of either one. About the racing, I know where Kate will finish, as well as any major incidents that might happen during the race. About the main story, I know who dies and how, who kills him/her and why, and who some of the other viable suspects will be. That sounds like I know a lot, but believe me, there are plenty of details, clues, and plot twists left to work out as I’m writing!

How important is it for you to build the Kate Reilly character in terms of her personal relationships in the books, especially with her father?

When I wrote the first book in the series, it wasn't important at all—at least not from a long-term standpoint. I threw in the family issues because it made Kate more interesting and more real because she had something complicated, unusual, or dysfunctional about her family (don’t we all?!).

What I’ve realized is that Kate’s family issues are really central to who she is and how she acts, and I’m having a good time exploring them bit by bit as I keep writing. So my answer is that Kate’s relationships have become much more important for me to explore as I’ve continued writing. In fact, in addition to knowing about the race and the murder plot, I now include a third item of “need to know” when planning a book: the next small increment of how Kate’s family story will unfold. 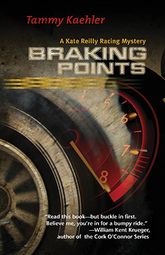 Are there any plans to write the story from the viewpoint of other major characters mentioned in the book?

That’s an interesting question. I’ve never considered writing from the perspective of another character in Kate’s world, no. It’s always been Kate’s voice in my head and her as the lens through which I see the racing world. I’d have to think if another character’s viewpoint even would be possible for me and if so, what it would add to the series. Something to ponder!

Outside of racing fiction, what have you written about or enjoy reading?

I’ve had a career as a writer of technical manuals, business communications, and marketing materials. I’m also now a proficient blogger to support my book-writing habit! But the Kate Reilly Racing Mystery Series is the only fiction I’ve ever written—aside from the one “practice” manuscript that resides under my bed, collecting dust (all it is fit for). I love reading all kinds of fiction, and mostly mysteries. I read them at every spare moment of my day … and often when I should be writing instead!

Which writers have inspired you?

My goal has always been to be the Dick Francis of auto racing. I love the blend of interesting characters, fun puzzles well laid out, and insider knowledge of a foreign world (horse racing) that he delivered. That’s exactly what I want to give readers, but with the world of auto racing and a female protagonist. Otherwise, I grew up reading about Nancy Drew, Agatha Christie’s sleuths, and Sherlock Holmes. And I read every current mystery writer I can get to….

What can we expect in Avoidable Contact and then beyond, maybe a trip to the Indianapolis 500?

Avoidable Contact takes readers inside the 24 Hours of Daytona and Daytona International Speedway, and I hope it conveys just how long a 24-hour endurance race really feels! The fourth book, which I’m planning out and starting to write now, will be set at the Grand Prix of Long Beach.

While Kate will still be racing a Corvette, she’ll also be starting her transition to IndyCar. Because, yes, the Indianapolis 500 is in her future! But so are the 24 Hours of Le Mans, the Daytona 500, a NASCAR road race (possibly Sonoma), and even the Grand Prix of Monaco. The joy of a fictional character is that I can have her race—and get funding for!—every kind of series and any race I want. That way I can share every amazing race, track, and racecar with readers … not to mention make lots of great research trips!
Check out Tammy's Website