Making his full time début in the Pro Mazda series this season is a 22 year old racer born and raised in Cwmbran, Wales, now living in California, will be racing with JDC Motorsports this coming season. 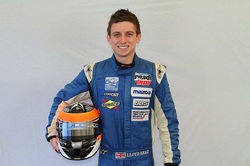 First of all, tell us how you started your racing career in the UK?

I began my racing career with Camberley Kart Club. My dad bought me a Rotax 125 Senior and we started practicing at Blackbushe nearly every weekend.

So how did this lead to a move the United States?

When I was 16 my family decided to move to California. At first I was gutted but
I then found out that I was only 45 minutes from Sonoma Raceway. As soon as my
karts landed in the states it was up to Sonoma to pick up where I left off. This
was probably the 3rd time ever that I put slicks on so learning to drive in the
dry was a huge learning curve! 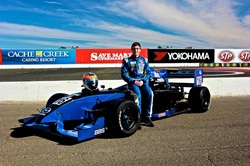 Now you are part of the Mazda Road to Indy competing in the Pro Mazda, would you say your ultimate goal is to move up this ladder and one day compete in the Indycar Series and the Indy 500, or is a route back into European racing still an option?

Ultimately, my goal is to race formula cars at the highest possible level. Im not going to lie, I would choose a ride in F1 over IndyCar in a heart beat but Mazda has put together a strong program for young drivers to reach the IndyCar level and this is why I am where I am today. That being said though, 2014 has many doors open to me. Josef Newgarden proved that GP3 is a great training ground and is a very appealing series. I do believe that the Mazda Road to Indy does provide great training for future starts but there are many benefits to racing in Europe too.

How did you land your ride with JDC Motorsports?

I ran the 2012 Star Mazda Championship races at Mazda Raceway Laguna Seca with JDC Motorsports. After two successful top ten finishes that weekend, John Church (JDC Team Owner) offered me a contract for the 2013 Pro Mazda Championship. I spent much of 2012 testing and prepping for 2013 with JDC Race Engineer Rick Cameron who had been keeping John Church up to date with my progress. John kept a careful eye on me through 2012 and felt that I would be a positive addition to his team. 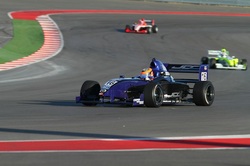 Which of the tracks you have raced on have been your favourite so far in America?

Circuit of the Americas is my favourite so far. It flows extremely well and offers many passing opportunities. Sonoma Raceway is kind of my home track which I have logged hundreds of laps on so that will always be special to me. Mazda Raceway Laguna Seca is so historic that I always am excited to go race on. There are too many to choose from!

How about oval racing, which has its own set of unique challenges, something (bar a couple tracks) is not part of competitive racing in Europe?

I am actually very excited to get to oval racing. I race on the “roval” at California Speedway last year which incorporates Turns 1&2 and also the back straight. Driving 150mph through a long sweeping corner flat out and also drafting with Zach Veach was a blast! The ovals we are going to race on aren’t exactly super speedways but will still incorporate drafting and much of the oval driving style. We have a private test coming up in a few weeks which is where I will get my first taste of turning left. 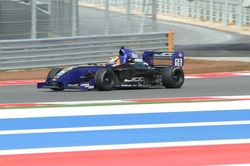 Have you had the opportunity to turn in a few laps at the Indianapolis Motor Speedway?

Only on a sim. Hopefully in the near future I will be able to turn some laps in real life!

You have been able to make good use of the GoPro camera’s with videos for your website, with some interesting clips of a race at Sonoma, are these primarily for your learning / development as a driver or something to advertise yourself when looking for sponsors, or a bit of both?

A bit of both plus it gives my fans a taste of what I see and what happens during a race. We use video and data after every session to analyse and critique my driving. My sponsors love to see their logo on the video and when my videos get thousands of views, everyone wins!

So back to your early career, is there a particular driver that you admired, maybe based yourself upon growing up through various series?

Lewis Hamilton. I attended my first F1 race at Silverstone in 2007 which was when Hamilton was in his rookie season of F1. I studied his career meticulously to see what he had done to make him who he is today and have since tried to copy that. In my view, he is the best driver in racing today.

Finally, can you give us a brief insight into the season ahead, how you see the competition as well as the tracks you will be taking on?

I am extremely excited to take on the rest of the season. We had some unfortunate luck that took us out of some very respectable results at Circuit of the Americas. My goal is to finish top 5 in every race and also top 5 in the championship. I set myself high goals so that I am constantly having to challenge myself and work for something. I am really looking forward to racing on the streets of Toronto and Trois-Rivieres. I have never driven a street course before so St.Petersburg will be a huge learning experience for me. The competition is stacked in this series but consistency is really going to pay off at the end of the year. I am going to push every lap as if it was my last lap ever but also keep in mind that the championship is the overall goal. 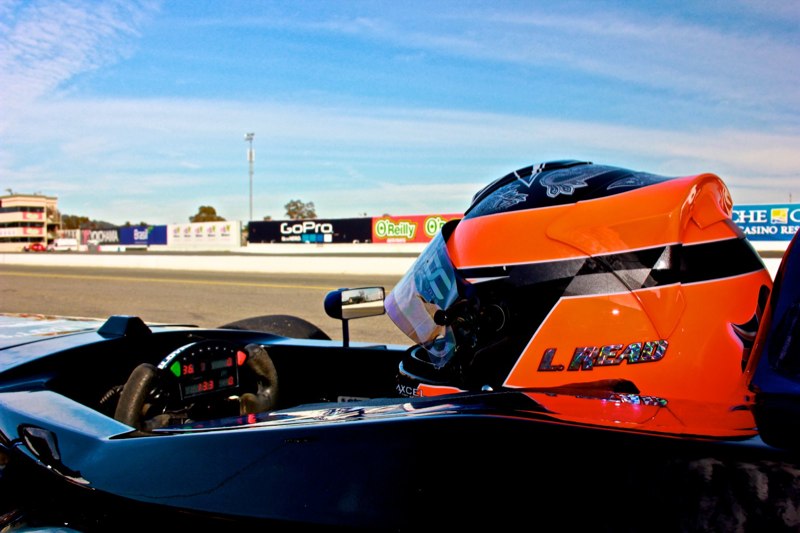