Congratulations, Please check you DM on twitter and send back your address and the prizes will be on there way to you shortly!

Thanks to everyone who entered, there was a total of 205 entries from people all over the world, and don't worry if you did not win this time, another competition will be up during the first week of 2013!

After some knowledge based and researched competitions, in time for Christmas, this one is an easy one to enter! The main prize this month has a
BIG Andretti Autosport theme as they were our series champions for 2012!

To be entered all you have to do is on Facebook is ‘Like the  page’ or ‘Like’, ‘Share’, ‘Comment’ on our status, photos or links that are posted within the competitions running time. On Twitter, give us a ‘Mention’ ‘Retweet’ or ‘FF’ (Follow Friday for those not in the know, doesn’t have to be a Friday, give us a shout out!).

Here are the rules

*The competition is open to everyone worldwide – (although I cannot guarantee that your prize will arrive in time for Christmas if the
winner is outside the UK / mainland Europe).

*Every time you complete one of the actions mentioned above on Facebook or Twitter you gain one entry into the draw.

*One entry per action carried out on a status or tweet.

Below is a sneak peak of some of the prizes on offer! 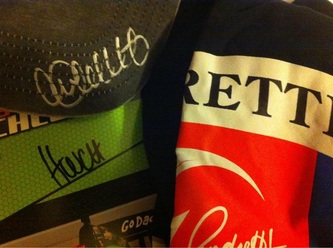 Congratulations to Howard Scott, winner of this months competition, and the runner up is Matthew Restaino.  Indycar prize pack is in the post.

Depending on how you define the 'Triple Crown of Motorsport' by changing Monaco to the F1 WDC, Graham Hill is still the only driver to complete this feat. Dario Resta won representing GB in 1916, but, was born in Italy.

Thank you to everyone who entered, three times as many of you from the October competition! Next month we have an even bigger prize lined up for the winner as it is Xmas!

Three parts to this one,  submit your answers via the 'Contact Us' page.  The competition is open to UK residents only, and entries close at 23:59pm on Saturday 10th November,  an INDYCAR prize pack for the winner - Good Luck!

Q1 - Who is the only racing driver to complete the 'Triple Crown of Motorsports'?
Q2 - Who was the first British born Indy 500 winner?
Q3 - Name the British driver who won the race in the below picture. 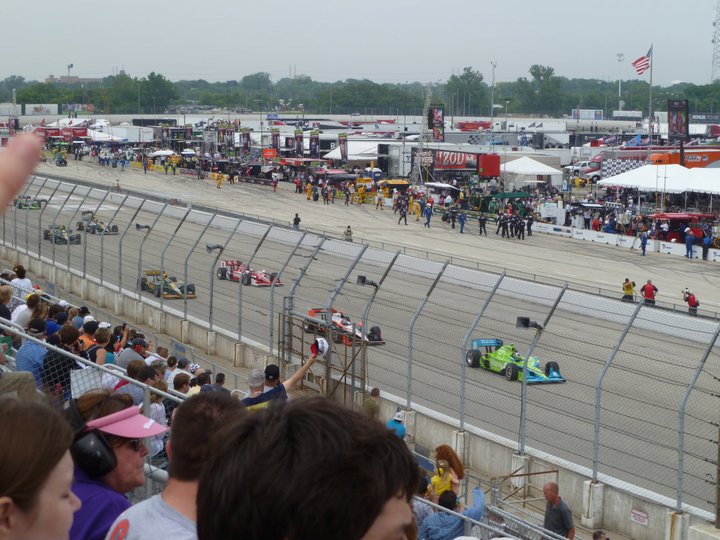 Who won this race? 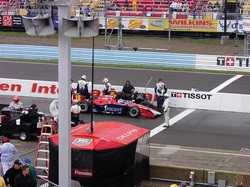 Big congratulations to Ben Haddleton who correctly named the Driver, Car, Track and Year of the picture competition. Robin Patton was the runner up and will also receive a small prize. Many entries were received, but only a couple of them had all four answers correct. The year was catching a few people out!

An Indycar prize pack will be on its way to you very shortly.  This is just the first of hopefully many! A massive thank you to my friends in America who have helped in putting together prizes for competitions. Of course as always, any ideas you have, maybe you would like to contribute please get in touch via the contact us page or on twitter.

Look out for another competition next month.