What started of as something of a slow burner which was seeing Will Power running away with the win and the championship, suddenly spun into a race altered by fuel shortages, tyre strategies and some late race moves, Scott Dixon took his second win this month ahead of Ryan Hunter-Reay and Simon Pagenaud.

Sum up that race in your own words, had a bit of everything from spins, overtakes, strategy, late (very late) race controversy 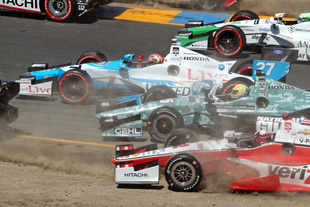 Six wide, fits...? (R.Dowdy)
GB - Once again indycar races are full of excitement every time they run. WP looked like a runaway then errors and strategy made for full entertainment.

NG - Typical Sonoma and typical IndyCar. Cars bunched out, track position was everything...then a yellow comes out and madness ensues!

RP - This race was a Smörgåsbord - it had everything you could ever want in a race and then some. There always seemed to be something happening somewhere on the track, throughout the race.

GOD - The race was definitely enjoyable but very difficult to follow with drivers on different strategies. In some ways closing the pits under yellow adds excitement to the races because it can rearrange the order of the cars, but I think it is unfair and was the main factor in the race being tough to understand. I don't think I've ever seen a race where so many drivers ran out of fuel on the final lap or on the slowing down lap! It reminded me a bit of Detroit 1997 where the PacWest cars both ran out of fuel (whilst leading) on the final lap and Greg Moore took the win.

MS - I thought the race really kicked off from powers spin, he seemed to really struggle for grip in the laps afterwards, perhaps with less wheel spin he might not have been so do or die at the end. Superb drive from Scott Dixon, he didn't look likely for a long time and then suddenly crept up the running order!

KE - It was a stereotypical IndyCar race; opening lap chaos, differing fuel strategies, drivers going from front to back (Power) and back to front (Conway) with Will Power involved in post race controversy. If you need a race to explain what IndyCar is all about this was it.

JM - The first 83 laps were a six hour endurance race condensed into 2 hours, the last 2 an all-out PlayStation style sprint. It was fabulous.

TF - Different race, Slow start that developed into a really rather good race in wine country, Ganassi beating Penske in the pits was the turning point, for what then became abit of a meltdown race for Power, and a far more interesting race for us. a memorable end between Power, Bourdais and Wilson will certainly enter the highlight reel of Indycar history.

Power was moved back from 9th after being adjudged to have passed Wilson under a yellow flag, your thoughts on that and also did Power need to take that risk with the championship up for grabs next weekend? 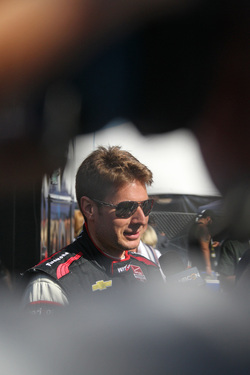 Focusing Power (R.Dowdy)
GB - The call was warranted seeing how the caution needed for a slowing car being out of fuel.WP doesn't know when to push the issue or limit risks to win chips.


NG - Of course he did, every point counts in this series. They probably didn't even know there was a yellow, coming out so close to the finish of the race.


RP - With Team Penske/Penske drivers regularly throwing away championships from a winning position since Sam Hornish won in 06, particularly in the final races, any points on the board going into the final race are a bonus. Especially with double points at Fontana.

GOD - It's always disappointing to see drivers fail to respect yellow flags. I'll have to give them the benefit of the doubt since they were three wide drag racing to the line! Power's driving is inspired by the Tesco motto: "Every little helps". I'll judge next week whether the extra points that Power failed to gain on the last lap cost him the championship.


MS - I think so, you never know what will make the difference. I thought it was a bit do or die and coming from a lifetime of watching F1 I was surprised he wasn't penalised more as he hit 2 cars and overtook under yellows, but that's the sort of excitement I want to see!

KE - The yellow looked questionable and was not thrown with authority, but if it had been called then he did pass under yellow and he should be penalised. Power absolutely needed to take the risk. He has lost so many championships by such narrow margins he more than anyone knows all points are needed.

JM - I think it was a marginal call but probably the correct one given how there was an almost stationary car on track. Whether it was worth it or not is hard to tell: it would've gained Power, at most, four or five points which isn't at lot considering he risked crashing out and scoring only 8 or 9 for the weekend. At the same time, the championship has come down to 4-5 in recent years, so it's really hard to tell and we'll only know after Fontana.

TF - Power had to score every point he could, even if championship rival Helio Castroneves was also compromised in this race. The title showdown will be intense, and with the way Indycar's point system is, even with double points, every point and risk is worthwhile.

Does Sonoma work as a track for Indycar or is there too little passing opportunity, maybe an adjustment to the layout with the other sections available on the circuit? 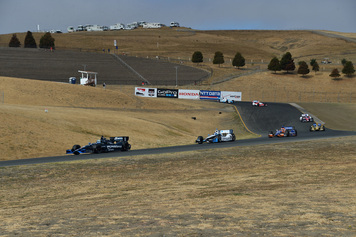 Is Sonoma too processional? (C.Owens)
NG - I would hesitate to bypass the best parts of the course in the name of entertainment. Everyone knows what you're getting at Sonoma. They could go straight on at the chicane and create a passing opportunity into the hairpin but the fast right would probably be a safety hazard. Besides, we still see of plenty of passing.

RP - I believe it does, especially in this car. There are 3 or 4 good spots to pass; turns 1/2, both hairpins and the chicane.

GOD - I'm not sure what they can do to improve overtaking at Sonoma - they've already altered the layout in the past for Indycar. Ideally it needs a slower corner leading the drivers onto the drag strip so that they can get close enough to out-brake their rivals into the hairpin.

MS - I think Sonoma Is great, I'm not sure how any of the other layout options would help overtaking. It shouldn't be too easy to pass anyway as you want a bit of drama.

JM - Well part of the skills needed to be a good race car driver is the ability to make overtaking opportunities out of tough situations so I see no reason to change: it's a tough, challenging circuit and that's why it should stay as it is.

TF - We had the adjustment, and the race has been better I sometimes wonder if we are spoilt by other venues, with the amount of overtaking. Sonoma as a track looks fun but the aero-levels cause issues with Indycar. Maybe with Aerokits, it will be different, plus nothing wrong with a strategy race now and again.

Who will be the 2014 Indycar Champion? 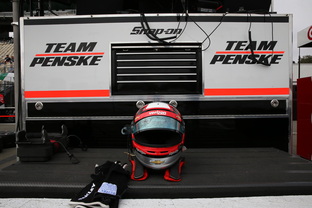 Penske on course for a first title since 06? (C.Jones)
GB - Helio and then go into retirement crying and telling you how great it is and how excited he is. And a return to DWTS.

NG - The guy who finishes with the most points. Joking, I'll plump for Power.

GOD - Will Power. However Helio will put him under a lot of pressure and it will be tense in Fontana.

MS - I think will power will do the business. It might seem the easy option but I think so long as he doesn't have another disaster he'll do it.

KE - Will Power. He wants this badly, as shown by the final lap finish line behaviour, and his oval form has improved dramatically over the last year. Helio can never be discounted round an oval, neither can RHR or Dixon, but for those two to win Power would need something to go wrong (I won't put bets on as the odds will be short on that one!). I think Pagenaud is out as his oval form isn't good enough.

TF - You will find out on Saturday #Indysomniacs ;)

Driver of the Day - GRAHAM RAHAL (No. 15 National Guard Honda) 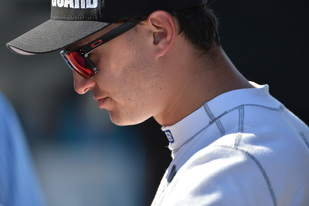 The result didn't reflect the drive Rahal had (J.Cote)
"The National Guard car was great today. We fought hard and obviously we passed the guys that we needed to pass when we needed to pass them and got to the front. Unfortunately we came up short again. Man, I don't know when things are going to break for me. We'll just have to keep working hard, keep our heads down. I think the car has some speed. We've got one more race to get National Guard a win and I hope we can do it. For a second I thought it (a win) might happen. The team didn't say anything to me for a while and I thought 'Shoot, I might have gotten the mileage. They were just counting down the laps to go and the next thing I know, the light comes on and I've got to pit. All around it's disappointing but that's the way it goes. We were taking extreme measures (to stretch the fuel), we were running a yellow (situation) map and running with all kinds of stuff off to try to get an extra bit of fuel and we got what we needed to get. It just wasn't going to be enough. I said to the team in the strategy meeting "Guys, a double, triple, or homerun doesn't do anything for us now. Only a Grand Slam does.' But we missed."

GB - To show he still belongs. Man he needs a win.

KE - Did really well to put that car in the lead for so long. You expect it from Conway but Rahal's drive was a nice surprise.

TF - Ok so sadly the fuel ran out, but Graham was in control of this race, he drove brilliantly and the guy has the worse luck in Indycar it seems. (well perhaps besides Hinch) Nice to see him and that family name running so well.

A slow burner until all hell broke loose went Saavedra brought out a yellow. Fuel saving, tyre management, late passes and some risky moves all made for a highly entertaining race in the wine valleys